The MOB Montreux - Château d’Oex - Gstaad - Interlaken - Lucerne route is without a doubt one of the most spectacular in Switzerland. Aboard GoldenPass Panoramic and GoldenPass Classic trains you will have more comfort, better views, more enjoamnet and an altogether unforgettable experience! The wonderful scenery and sites along the way offer all the sport and culture opportunities, walks and discoveries you could possibly hope for. Come on board – and let the show begin! 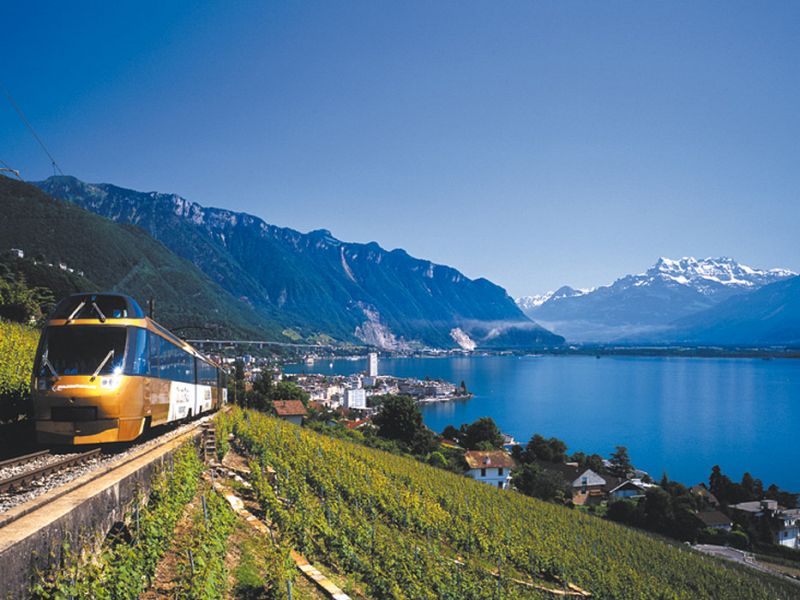 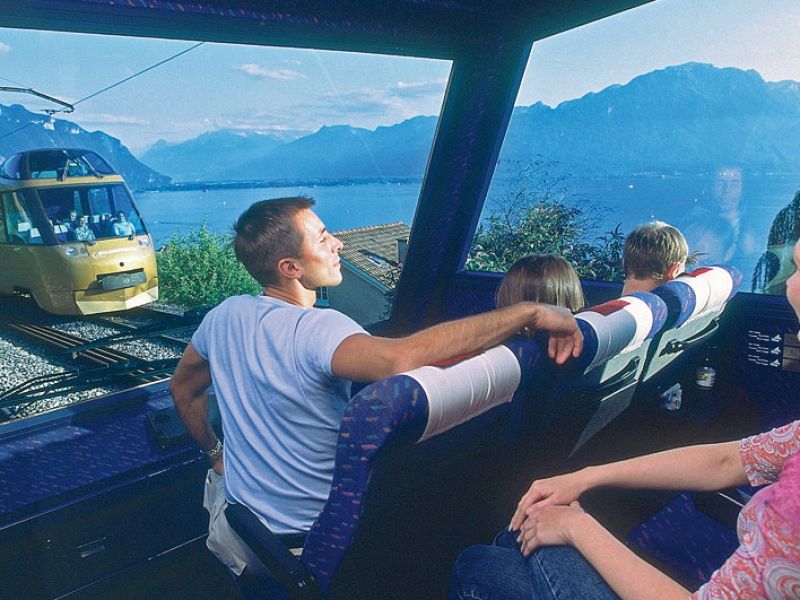 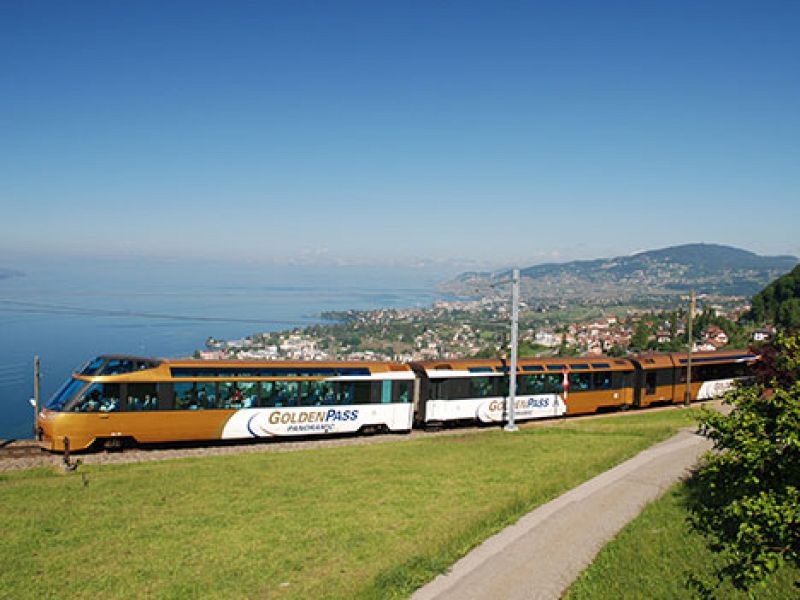 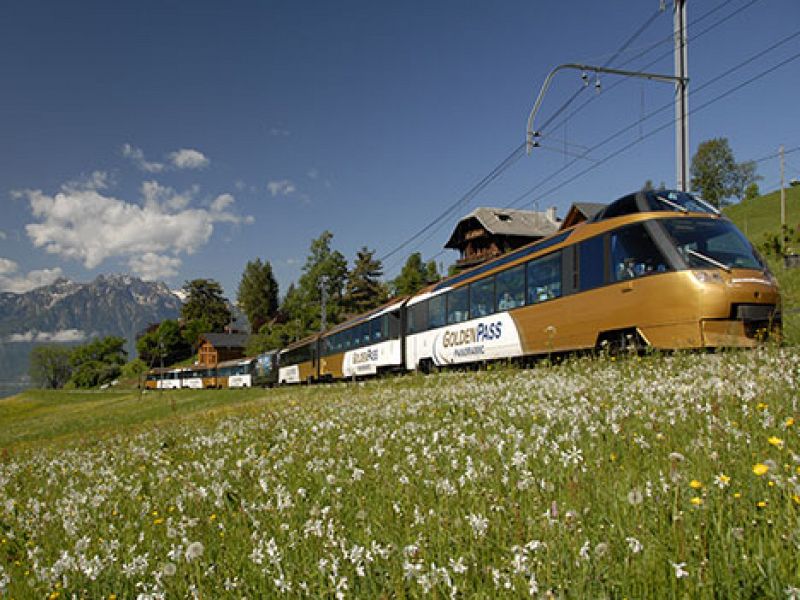 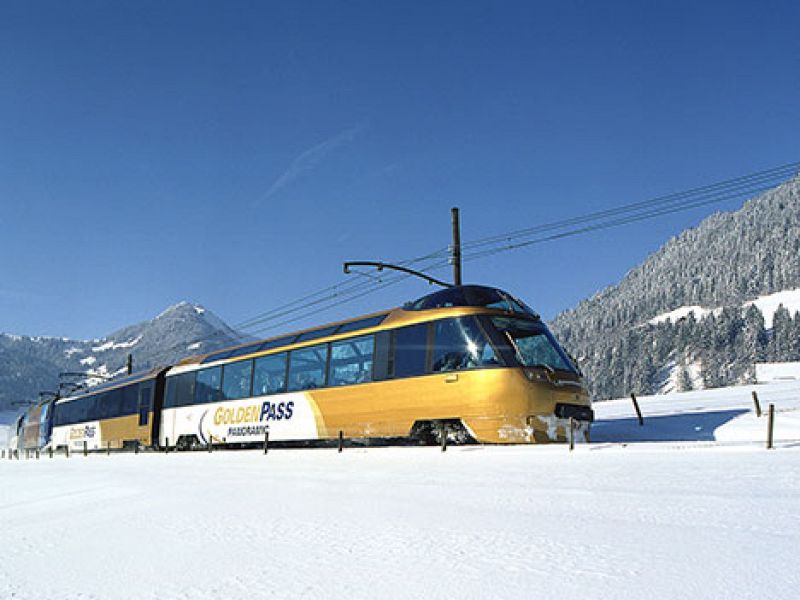 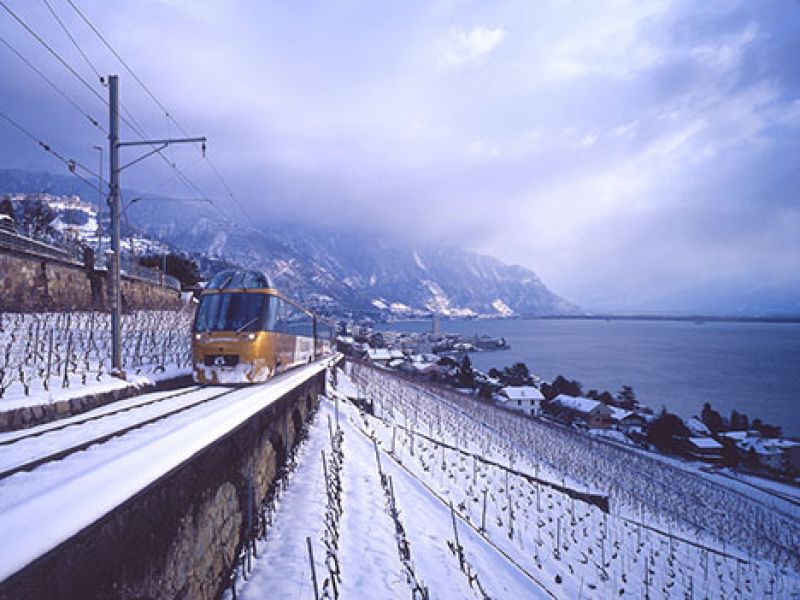 The world's first panoramic train was put into service between Montreux and Zweisimmen. It remains the only line in Switzerland offering VIP seating at the front of the train giving a driver's eye view. These ultra-modern trains are able to give the traveller the unique sensation of being totally at one with the grandeur of the unfolding landscape.
Leaving Montreux, the line rises above Lake Geneva allowing a full view of the magnificent landscape of the Lake Region as it spreads out. At Jaman, it plunges through a tunnel into the mountains, changing valleys and heading for the world famous resorts of Châteaux-d'Oex and Gstaad. The line attains its culminating point (1,274m) before reaching Zweisimmen, from where the traveller can continue the trip with the Golden Pass Panoramic train towards Interlaken and Lucerne.

You reach Montreux via the A9 motorway connecting Lausanne and Martigny (exit Montreux) or by train (Montreux is a regular stop on the Simplon route).

There is a payable car park directly at the station and several free car parks the surroundings.

Prices are subject to change.

For additional trains and connections.

Cheesetrain and Chocolate Train, all offers 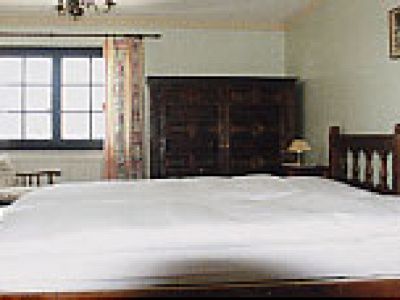 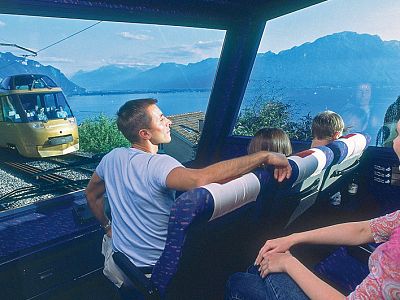 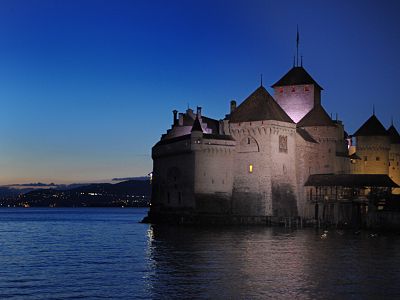 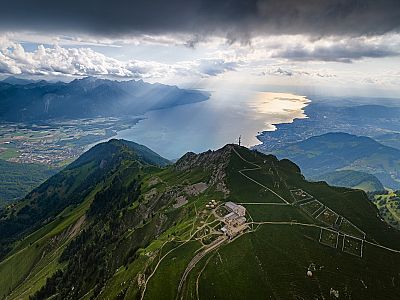 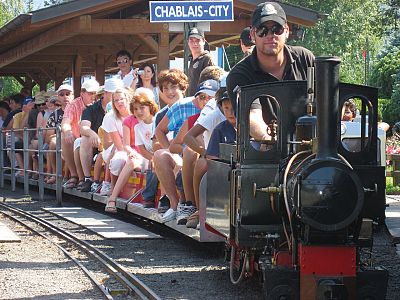 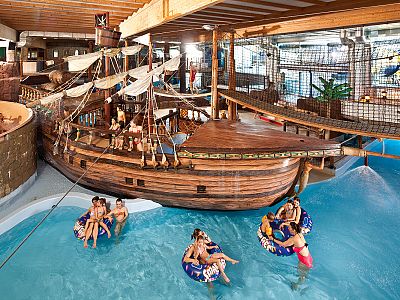 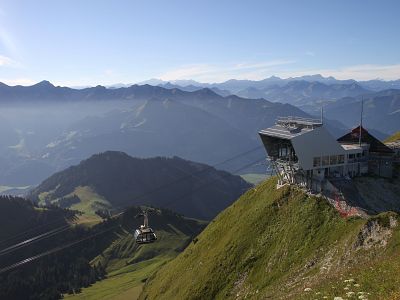